A previous profile story published in Trapshooting USA (2010) is attached for your enjoyment. END_OF_DOCUMENT_TOKEN_TO_BE_REPLACED

Please take a moment and view our 2020 sponsors.  Support them with your business whenever you can or just tell them thanks!  They truly add to our sport – click here now!

The PITA Executive committee met this past week (4/15/2020) and decided to change our Target Year back to November 1 through October 31.

As you may recall, a few years back, we changed the Target Year to September 1 through August 31.  The reason for that change was a request from one of our State Associations.  They were having difficulty getting a good date for their State Shoot and wanted to have more time in the late summer/early fall.  After much discussion, we made the change.
END_OF_DOCUMENT_TOKEN_TO_BE_REPLACED

The Executive Board met April 15th.  One of the topics was the May Multiplex.  After a brief discussion it was decided to allow clubs to throw these events starting on May 1 through May 25 (Memorial Day).  All scores will be final on Saturday May 30.  It is important that clubs notify the PITA office 48 hours in advance (per PITA rules) of shoot dates.  It is also necessary (per PITA rules) to notify immediately the PITA office if events are cancelled.
It is also important to follow all local guidelines for sheltering  in place and to continue to abide by social distancing safe practices.
Billy Myers, PITA Multiplex Committee Chairman

Our recent bank reconciliation shows the PITA has a number checks issued to shooters that were neither cashed or deposited – UPDATED 4/27/20.  If your name is on this list and you do not have a check from PITA waiting to go to the bank contact Kay.  If you would like to donate the funds to PITA or PITA-YES, just let Kay know.  Please cash or deposit your check today.   Here is the list:  CHECKS NOT CASHED. Please call Kay at 208-312-0314 today if your name is on it or simply use your money.   Thanks for your help with this matter.

If you enjoy memories from the past check out the Achievement Award page for some more fun photos…until we can post some new ones (hopefully soon)…stay home, stay safe.

Checks for the Winter Multiplex have been mailed so watch for yours! HELP US OUT….cash/deposit your winnings and any past checks immediately ~ thank you.

CONGRATULATIONS to the High Over All winners – you will receive a custom HOA Multiplex pin in about 6 weeks (custom production time-pending COVID-19 restrictions). 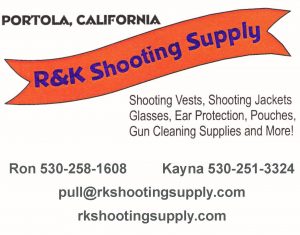 Due to the COVID-19 situation, the BCTA has decided to postpone the 2020 Provincial Championships to the September Labour Day long weekend. The 2020 BCTA Provincial is now scheduled to be held on September 4th – 7th, 2020 at the North Okanagan Trap & Skeet Club (NOTSC) in Vernon, BC. For more details and updates, please visit the BCTA website at www.shootbcta.com.
We thank you for your understanding and we apologize for any inconvenience caused.
Regards,
Marshall Wirawan, Secretary/Treasurer on behalf of the BCTA Board
Each year, the BCTA awards the BCTA All Star pins to the top 5 BC shooters with the highest average and the top BC shooters in Singles, Handicap and Doubles. To be eligible, shooters must have shot 1000 singles, 1000 handicap and 500 doubles targets.  Click HERE to see more BCTA news.

The PITA Board of Directors met again this past Wednesday night to discuss the impact of COVID-19 on the 2020 Grand Pacific.  As I stated previously, the health and safety of our membership is our No. 1 priority and with that in mind, we have decided not to hold the 2020 Grand Pacific in July.  Over the coming weeks, we will decide whether to reschedule the Grand, cancel it completely, or to produce an abbreviated version of the event.

The decision of whether to hold state or provincial championships will be left to state and provincial associations and local club managers.  With changes and new restrictions regarding COVID-19 taking place every day, we are going to have to constantly review and adapt.  Again, I advise that you follow the direction of your state/provincial and local government. We will update you as changes take place.  Please follow the PITA website and our Facebook page for more information regarding shoot cancellations and future PITA updates.

Please direct any questions or comments directly to me at carter.d.j@hotmail.com or 503-931-4211.