Congratulations to these winners: 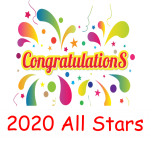 The Executive Committee is proud to announce the 2020 All Star Teams and congratulates each of you for your accomplishment. Click here to see all the team members and qualification requirements.

2020 was a difficult year to find shoots with many clubs closed and shoots cancelled but 53 of the 55 positions were filled.  Twenty five of them by 1st time All Stars.  Competition was tough with just targets dividing some.  As mentioned in the previous post many of the calculations are done manually.  If you would like to see where you placed END_OF_DOCUMENT_TOKEN_TO_BE_REPLACED

11/13/20: Update on RV reservations for the 2021 Grand Pacific. Evergreen Sportsman’s Club is diligently working on setting up a website that will allow you to make your reservations online. All you will have to do is access the website and follow the prompts. As soon as the website is up and running, the information will be posted. Thanks for your patience!

The club will be handling the RV and Golf Cart reservations beginning November 10, 2020. Reservation contact and info will be posted soon.

Scores and results are posted.  Results are final Friday, November 13, 2020 10 am PST – notify PITA of any errors before this time.  If your club is not on the calendar for the remaining month of the fall season (December) and the winter season (Jan-April) please email info@shootpita.com the dates immediately.

The 2020 target year ended October 31st and the PITA staff have been busy with year end processing, membership renewals and the day to day scores recording.  Amongst the things they are working on are the calculations for the selection of the Allstar teams, none of which is automated at this time.  If you feel you qualified for placement on the team please check you 2020 online average card to assure all your scores are recorded and are correct.  If you see any errors or omissions contact the PITA office by November 10th.

The teams will be posted here and letters mailed at that time.  Below are the requirements for 2020 teams (they have changed for 2021 – see 2021-2022 Rulebook). END_OF_DOCUMENT_TOKEN_TO_BE_REPLACED 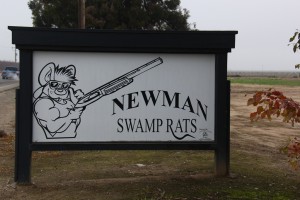 Newman Swamp Rats in California continue to set Multiplex records!  Their November 1 event threw 10,050 targets with 67 shooters in each of the three 50 bird events – singles, handicap and doubles.

Over the past months Newman recruited more new PITA shooters than any other club – 9 in November, 6 in October, 9 in September, 7 in August, 6 in July, 6 in June and 5 in May.

Congratulations and thanks to all that made this possible.

The PITA Executive Committee came to a comprehensive decision on the need for the PITA to update its All Star requirements. That decision was formulated over a time frame of not weeks, or months but years of input from our members. This Executive Committee is made up of elected volunteers that serve for the good of the association. We are loyal members who have been entrusted with the custody of the organization. We all participate in this sport and have the greatest respect for our future and history. Decisions made by the Executive Committee do not come lightly, and feedback from our members is always appreciated and considered.

After publishing the new PITA 2021 ALL Star requirements we received feedback from a few of our members that requires a response. After reviewing each letter and email, the Executive Committee is offering an explanation as to the reasoning behind the changes.

Below please find an explanation for the changes and also some of the history of the All Star Teams.

The Board desires to recognize and reward all those who support the PITA. This means all those who shoot targets at multiple clubs, shoot major tournaments, participate at clubs with less than positive conditions, and shoot during inclement times of each year. These same shooters may not be as competitive against others who shoot the minimum amount of targets, during good weather, at clubs that have optimal conditions for good scores, in order to preserve their averages.

The 5-club/2-major requirement was put into effect because some members were registering all their targets at only one or two clubs. The new 6-club/3-major requirement indicates that the Executive Committee has a desire to expand required target registration at multiple diverse clubs, which include many of the smaller clubs. We feel that expanding the format to six individual clubs and three major shoots will help all clubs financially and may encourage some smaller clubs to join the PITA and start registering targets. In addition, it will require more potential All Stars to visit and shoot at those same clubs.

The decision to disallow multiple 50-target events to satisfy the 100 singles/100 handicap/100 doubles per club requirement is in keeping with what we believe to be the intent of the original 5-club requirement. The thought and hope being that a shooter will go to a weekend shoot and shoot the entire program, rather than just 50 targets here and 50 targets there.

The only changes between 1999 and 2016 were to add more teams and increase the target requirements for the Top 5 and the Men by 500. The reasoning at that time was that these people were already shooting these new minimum requirements. Similar to our reasoning now.

No changes have been made to the Ladies, Veterans, Seniors, Elders, Juniors and Sub-juniors for 20 years. In reviewing the All Star teams over the past several years, we have found again, that many of the current All Star members are already meeting and exceeding the new 2021 minimum requirements.

With society’s enlightened equality it was decided that there should be no difference in target requirements between the Men’s and Women’s teams. That the Veterans and Seniors are some of the most proficient target consumers in the PITA and that the Elders are not far behind.

The Executive Board’s definition of “All Star” is not simply identifying the individual who has managed their way to the highest averages, using the existing qualification minimums to their best advantage. We feel that All Stars must be leaders, sportsmen, and individuals who have exceeded PITA expectations and deserve the admiration and respect of all the members of the association.

The conclusion to which the Board has arrived is this: Based on all the information at our disposal, countless hours of research and discussion, and our own experiences, we recognize the reality that all shooters face when they choose to compete for the All Star positions, a few of which are life, family, time, distance, effort, dedication and money.

Reaching All Star status is not an easy path for anyone, and the EC Board does not feel that it should be. After twenty years of virtual standstill it is time to “Raise the Bar” in our expectation of qualifying for All Star positions.

Changes will be effective on November 1, 2020

Selection of the All Star Teams is based on shooters’ ability as evidenced by his/her averages. The average is computed by dividing the sum of the singles average, handicap average and doubles average by three (3).

Team placement will be determined as follows:

The 2020 Fall Classic results are posted at www.shootscoreboard.com.  Click on the link to view the payouts for lewis, added money, trophy winners and much more.  The PITA provided trophies will be mailed soon as well as the PITA lewis and added money.  We hope you enjoyed the tournament.

Here are shoot date changes as well as cancellations/reschedules due to COVID-19 and other reasons. Latest changes in red.

If your club wishes to add shoots/marathons submit a ‘SHOOT APPLICATION FORM‘ to your State or Provincial Secretary for approval.

Remember – The 2021 target year starts November 1, 2020.  Shoot dates for 2021 are posted to the online calendar as they are approved by the State/Provincial Associations.